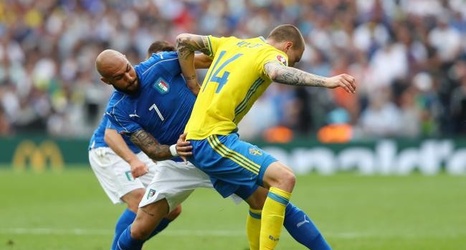 For an hour against Sweden on Friday afternoon, Italy laboured in attack. Never giving Zlatan Ibrahimovic and his team-mates a sniff of Gigi Buffon’s goal, the Azzurri once again showcased their sound defensive resolve yet visibly struggled to create scoring opportunities of their own.

The midfield trio of Marco Parolo, Daniele De Rossi and Emanuele Giaccherini worked tirelessly without the ball, but in possession, their limitations were exposed. Coach Antonio Conte had clearly instructed his side to bypass that trio and focus their efforts down the flanks.

With Giorgio Chiellini shackling Ibrahimovic, the game appeared to be headed for a stalemate until the former Juventus boss turned to his bench.