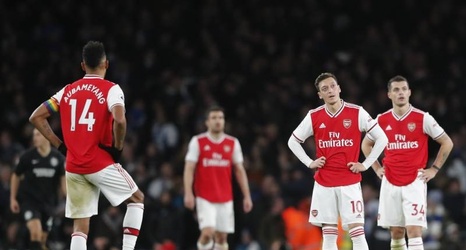 Arsenal may be in crisis, but the oddsmakers are backing the Gunners to end their longest winless run in over 40 years when they visit West Ham United on Monday.

Both teams are coming off disappointing losses, with the Gunners slumping to a 2-1 defeat against Brighton & Hove Albion at home:

West Ham lost 2-0 to Wolverhampton Wanderers on the road:

Just three points separate the two teams in the standings, with Arsenal on 19 points and West Ham on 16.