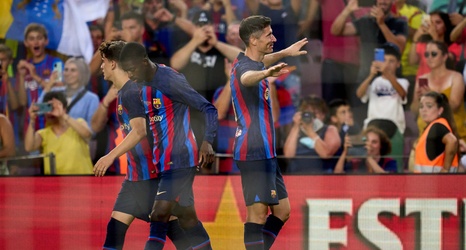 The Poland international struck the opening goal of the contest with a very nice finish indeed for his first goal for his new club.

You can check it out below:

The goals kept on coming after the early opener. Pedri made it 2-0 just minutes later before Ousmane Dembele added a third for the Catalan giants.

Lewandowski then teed up Pedri for a fourth with a nice flick before the game had even reached the 20-minute mark.