WATCH: Riqui Puig and Pedri have fun at half-time against Girona 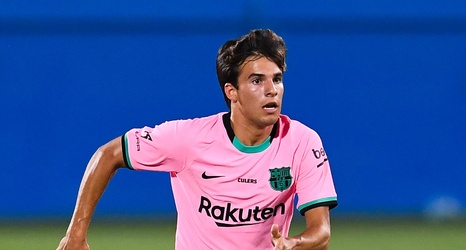 Riqui Puig and Pedri enjoyed themselves at half-time of Barcelona’s win over Girona on Wednesday.

The young duo were captured having fun with the ball and offering a reminder of their talents at the Estadi Johan Cruyff.

Both players came on in the second half and played the last half an hour, as Ronald Koeman made big changes to the starting XI on the hour.

The Dutch coach also praised the duo and the club’s other youngsters after the win.

“We know we have really good young players here.