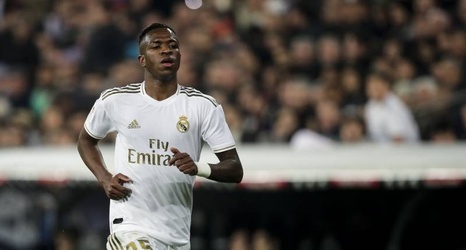 Vinicius Junior has rubbished rumours linking him with a move from Real Madrid to Paris Saint-Germain.

PSG sporting director Leonardo is said to be keen on bringing his fellow Brazilian to the Parc des Princes, per Sport (h/t MailOnline's Will Griffee).

The 19-year-old only joined Real in 2018. He has been used sparingly by manager Zinedine Zidane in 2019-20, starting only six times in La Liga.

But Vinicius made it clear after Los Blancos' shock loss to Real Sociedad in the Copa del Rey on Thursday that he will not be going anywhere, per Sacha Pisani of Goal:

"There's no choice; I want to stay at Madrid.