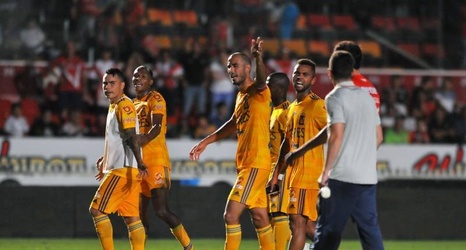 Veracruz went 2-0 down in less than four minutes of their home match against Tigres in Liga MX on Friday because the players refused to play as a mark of protest against unpaid wages.

Players from both teams initially took part in the demonstration, according to ESPN FC's Tom Marshall. However, while those representing Tigres only stood still for a minute, those wearing Veracruz colours maintained their act of defiance for a further three minutes and 20 seconds.

In that time, Eduardo Vargas and Andre-Pierre Gignac put the away side ahead two goals to the good.