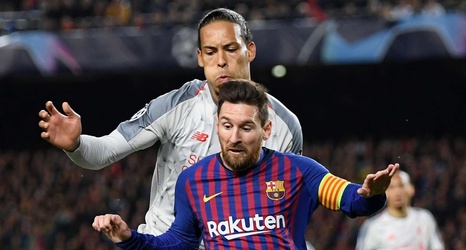 Virgil van Dijk named Lionel Messi as his toughest opponent as the Liverpool defender opened up on a number of topics as part of a Twitter question and answer session.

Van Dijk faced off with Messi in last season's Champions League semi-finals, as Liverpool famously overcame a 3-0 first-leg deficit by triumphing 4-0 at Anfield to book a spot in the Champions League final.

It was Messi that provided two goals in the 3-0 win in Barcelona, with the Argentine finishing Barca's second after a Luis Suarez shot struck the crossbar.