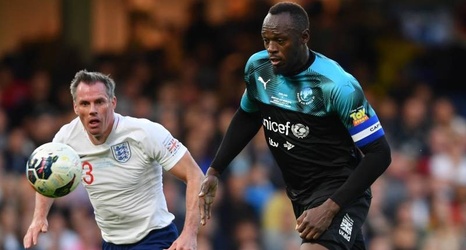 Usain Bolt scored as World XI won a penalty shootout 3-1 after a 2-2 draw in normal time with England XI, led by John Terry and Mo Farah, in the 2019 edition of Soccer Aid for UNICEF at Chelsea's Stamford Bridge on Sunday.