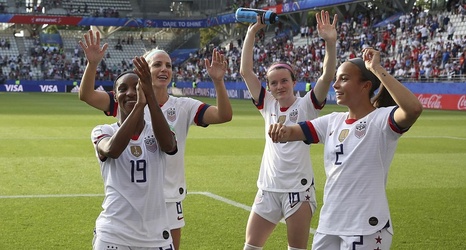 France and the United States meet Friday in one of the most highly anticipated Women's World Cup quarterfinals ever as they go head-to-head at Parc des Princes in Paris.

The U.S. advanced with a 2–1 win over Spain in the round of 16 on Monday, with Megan Rapinoe scoring on two penalty kicks. The USWNT earned a recording-breaking 13–0 win over Thailand in its opening match, shattering the marks for most goals scored in a single match in FIFA Women's World Cup history. Alex Morgan scored five goals—tying Michelle Akers's record for most goals in a Women's World Cup match by a single player.