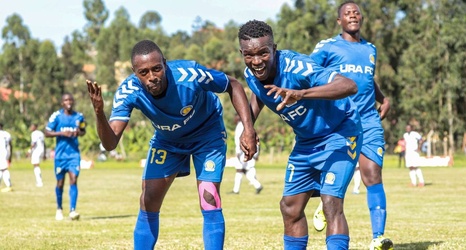 Uganda Revenue Authority coach Sam Ssimbwa was left impressed with the team’s character after they beat Mbarara City 1-0 to progress to the Round of 16 of the Uganda Cup on Saturday.

After the two teams had settled to a 0-0 draw in the first leg at the Arena of Visions in Ndejje on Tuesday, the Tax Collectors turned on the heat to win the return leg 1-0 courtesy of Brian Majwega, and the win also enabled URA to register their first-ever win against the Ankole Lions since their inception into the Ugandan Premier League.

The two teams had met seven times in all competitions and with all the matches ending in draws and after the match, Ssimbwa praised his charges for sealing a place in the next round and explained their determination to get a win in the fixture helped them to advance.