Troost-Ekong and Kalu out of Super Eagles game against Tunisia 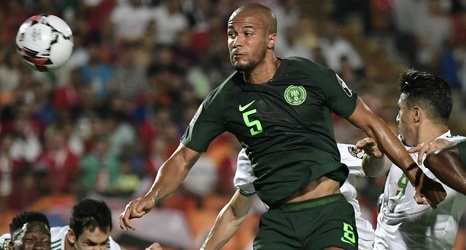 William Troost-Ekong and Samuel Kalu have been given permission to leave the Nigeria national team camp and will not feature against Tunisia on Tuesday.

Bordeaux winger Kalu was allowed to return to his club after suffering a knock in Nigeria’s defeat against Algeria on Friday.

The 23-year-old forward featured for 50 minutes in the encounter before he was replaced by Nantes winger Moses Simon.

Troost-Ekong was permitted to leave in order to enable him to prepare for Watford’s Championship game against Derby County on Friday.