The Best Team in the World. And the Second-Best. 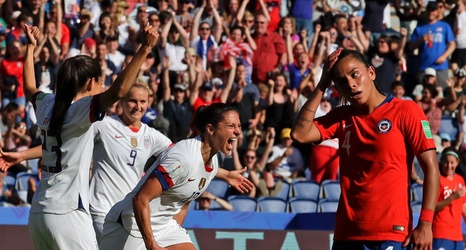 PARIS — One got the feeling watching the Women’s World Cup match on Sunday night that the reserves for the United States women’s soccer team could branch off from their compatriots, form their own sovereign country with its own national team, and make a credible run for the trophy at this summer’s tournament.

That’s how deep the American’s well of talent looked at the Parc des Princes in their second match of the group stage, how thoroughly dominant and at ease they were over the course of their 3-0 victory over Chile, all while several of their best players were left watching from the bench.