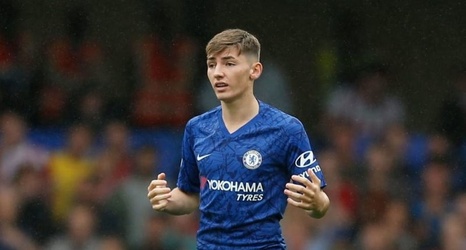 Frank Lampard's crusade against Alan Hansen is in full flow at Chelsea, and it's showing no signs of stopping.

But, with Mason Mount, Tammy Abraham, Fikayo Tomori and Callum Hudson-Odoi already let loose, which other youngsters could profit from the tactician's hell-bent desire to harass Hansen?

Marc Guehi was one of those lucky few who earned their first-team debut in the EFL Cup rout of Grimsby Town, and his showing in that shellacking was enough for Aidy Boothroyd and co. to call him up to England's Under-21s for the first time.

And he's learned from the best, telling the Daily Mail recently of his relationship with John Terry:

"I have spoken with him and he trained with us a few times.