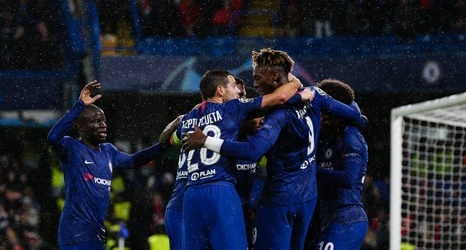 Chelsea coasted into the knockout stages of the UEFA Champions League on Tuesday, earning a comfortable 2-1 win over Lille at Stamford Bridge.

Tammy Abraham opened the scoring for the home side, who dominated the early exchanges of the encounter, in the 19th minute. Lille, who had already been confirmed as the bottom side in Group H, then switched off from a corner, allowing Cesar Azpilicueta to head home.

Chelsea were in control in the second period, although they didn't kill the game off, allowing former Blues player Loic Remy to set up an edgy finish. However, the Premier League side were able to preserve their advantage.