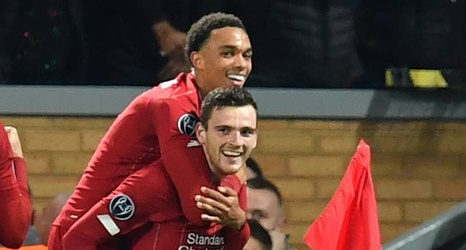 Liverpool legend Steven Gerrard has said the club have a pair of "world-class" full-backs in Andy Robertson and Trent Alexander-Arnold.

The defenders have both become integral parts of Jurgen Klopp's Reds side, with their energy and attacking quality key to the manner in which the team operates.

Gerrard, who is now the manager of Rangers, was asked about the influence of the duo and said that at the moment there aren't many better in the world than Robertson and Alexander-Arnold, per Paul Gorst of the Liverpool Echo:

"It's not a question of 'how good can he be?