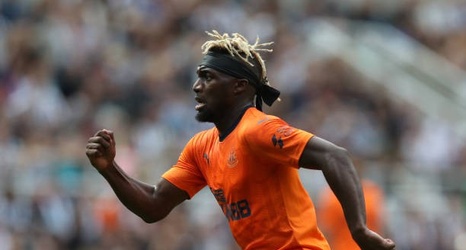 Newcastle United registered their first win of the Premier League after earning a shock 1-0 victory away from home against Tottenham Hotspur.

Joelinton, the club-record summer signing, scored the only goal of the match as Newcastle picked up all three points.

However, the other summer signing Allan Saint-Maximin was replaced in the first half after suffering a recurrence of his hamstring injury.

Steve Bruce, the Newcastle United boss, is now anxiously waiting for feedback from his medical team on the extent of the winger’s injury.

The Frenchman was taken off early in the 1-0 win at Spurs and according to The Chronicle, he faces further assessment at the club’s training ground today.