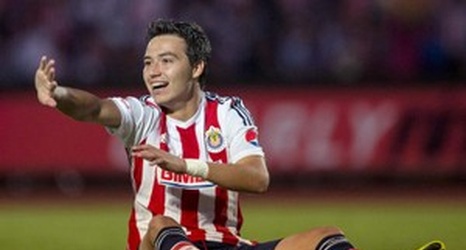 MEXICO CITY, May 18 (Reuters) - A Mexican championship quarter-final was interrupted for 20 minutes after supporters ran onto the field to protest at their own team's performance and the players fled to the dressing-room.

Atlas were trailing 4-1 to local rivals Guadalajara with just under one hour of the second leg played at the Jalisco stadium on Sunday when one supporter ran onto the pitch and remonstrated with the players.

He was quickly detained, however other Atlas supporters also ran onto the field and tried to attack coach Tomas Boy.

Television pictures showed that both teams ran to the dressing rooms, and the match was suspended until security officials brought the situation under control.