Soccer-Fan-related violence in Argentina this year 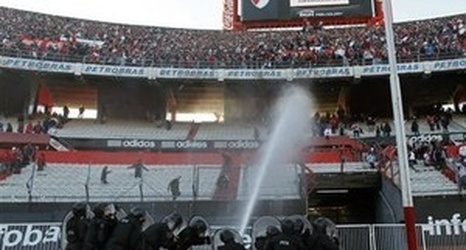 May 15 (Reuters) - An average of five people died each year in fan-related violence in Argentina between 2000 and 2009, according to reform group Salvemos al Futbol, cited in a recent Insight Crime report.

That number has doubled in the years since, the report said.

Most of the deaths are related to fights between the barras bravas, Argentina's hooligan firms. The barras are heavily reliant on their club and get tickets and trips to away games in return for their support.

In recent years, some barras have extended their influence to include organised crime activities such as extortion and drug trafficking, according to justice ministry officials.