Snoop Dogg Backs USWNT in Equal Pay Dispute: 'Pay the Girls What They're Worth' 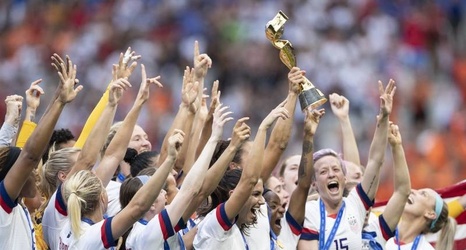 Rapper Snoop Dogg has called for the United States Women's National Team to be paid as much as their male counterparts following their success at the FIFA Women's World Cup.

The United States beat the Netherlands 2-0 in Sunday's final, making it back-to-back world titles and four overall in their history.

On his Instagram account (h/t Josh Thomas of Goal), Snoop Dogg compared the fortunes of the women's side to the men's, who were beaten 1-0 by Mexico in the CONCACAF Gold Cup on Sunday, and said Jill Ellis' squad deserve more compensation for their success: