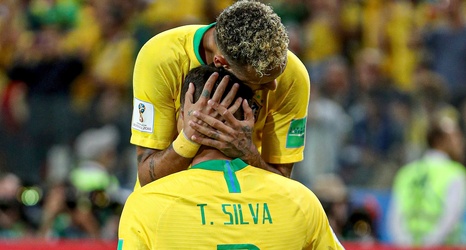 Thiago Silva has offered his emotional support to Neymar, his close friend and Brazil team-mate who earlier this week admitted he doesn't know if he has the "strength of mind to deal with football" much longer.

Silva has played alongside Neymar for the Selecao for a decade and also competed alongside the forward at Paris Saint-Germain. As a world-renowned centre-back, Silva said he can relate to the feelings Neymar has expressed - and acknowledged it was hurtful to be publicly labelled "a crybaby, weak, very weak, mentally" when speaking out on his struggles.

So, the defender is determined to provide public backing to his countryman in hopes of helping him regain his love for football.