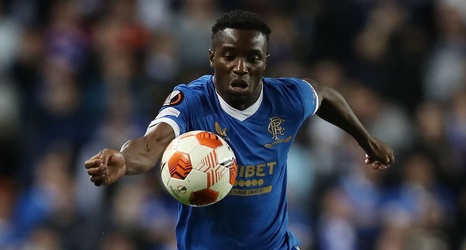 The Zambia international opened his goal account for the Gers, however, they were held at home by the visiting Steelmen

The 24-year-old had featured for Steven Gerrard’s men in three league games without success in front of goal. Against the Steelmen, he got his act right to give the Gers an early lead.

Still steaming over their 2-0 defeat to Olympique Lyon in Thursday’s Europa League game, the reigning Scottish kings welcomed Graham Alexander’s men to Ibrox Stadium with the ambition of bouncing back to winning ways.