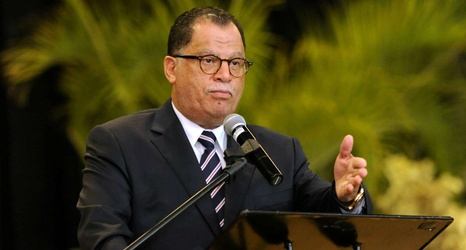 The former Orlando Pirates goalkeeper was killed six years ago and his murder has left many asking questions about the mysterious case.

Meyiwa passed away two weeks after playing an instrumental role in helping Bafana Bafana qualify for the 2015 Africa Cup of Nations (Afcon) finals.

Jordaan reflected on the Umlazi-born shot-stopper's murder when speaking at the unveiling of Meyiwa’s tombstone in Durban on Tuesday.

“We celebrated the joy of qualifying for the Africa Cup of Nations with Senzo keeping a clean sheet.