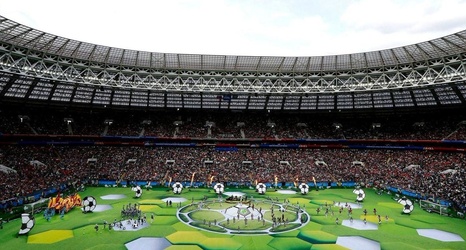 Russia opened its World Cup on Thursday with a quick, energetic opening ceremony that featured a giant fire bird made from crepe paper, English pop singer Robbie Williams flipping off the cameras, a lot of juggling and a speech from president Vladimir Putin.

And the victory marked a big first step to what could be even more history since a win or draw in either of its next two games could carry Russia beyond the group stage for the first time since the break-up of the Soviet Union.

Cheryshev doubled the lead just before the half after Saudi Arabia gave the ball away near midfield.