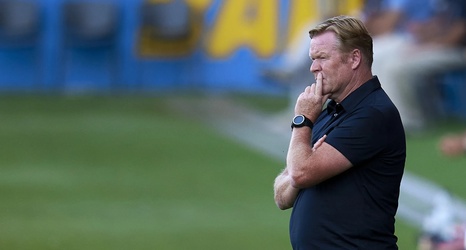 Ronald Koeman offered his thoughts on Barcelona’s 4-0 friendly win over Nastic after seeing his team begin pre-season with a comfortable victory.

The Barca boss started off with a team featuring senior stars including Sergino Dest, Gerard Pique and Sergi Roberto alongside youngsters like Yusuf Demir, Peque, and Alex Balde.

Koeman then changed his entire 11 at the break and watched on as Barcelona B striker Rey Manaj stole the headlines with a hat-trick, while B team captain Alex Collado was also on target at the Estadi Johan Cruyff.

Here’s what the Barca boss made of it all:

“The important thing was that everyone played 45 minutes and got some fitness, that’s the priority,” he said.