Romania Beat England After Thrilling Finish at 2019 U21 Euro Championships 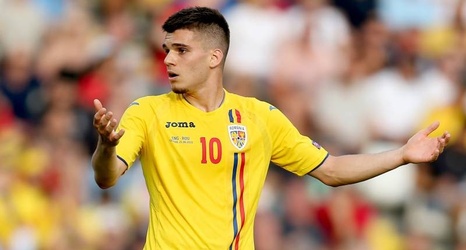 Romania secured a dramatic 4-2 win over England at the Under-21 UEFA European Championships on Friday, with all six goals coming after the 75th minute in an incredible conclusion to the game.

George Puscas's penalty and a brilliant goal from Ianis Hagi twice put Romania in front, only for Demarai Gray and Tammy Abraham to score immediate equalisers.

However, Romania were not to be denied in a thrilling finish, as an error from England goalkeeper Dean Henderson allowed Florinel Coman to score in the 88th minute to put his side back in front.

Abraham almost netted another equaliser for the Three Lions in stoppage time, but his header rattled the crossbar.