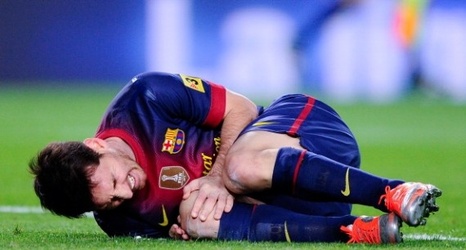 It was his third muscle injury since the turn of the year and Brendan Rodgers has admitted that he is concerned.

Speaking to Leicester Mercury, the Foxes boss revealed that he has spoken to the medical team and the player about it and he hopes that Vardy’s issues will be resolved soon.

Rodgers believes that the player could return to action against Birmingham. If not, he will definitely play a part against Aston Villa.

He said: “It is a concern, we’ve spoken around that with him and the medical team. He’s not out for long, it’s a low-grade strain on the same calf, so he’ll be back in, if it’s not for Birmingham [in the FA Cup on Wednesday], he’ll definitely be fine for the game against Aston Villa [on Monday, March 9].