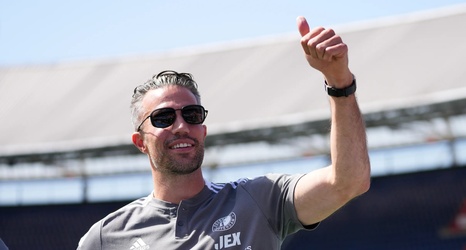 Robin van Persie has tweeted out his support for his “son” - Riqui Puig.

The official FC Barcelona account posted a picture of a smiling Puig. With his hair done a certain way and his face at a certain angle, he looked just like the former Arsenal and Manchester United striker.

Gerard Piqué thought so, so much so that he responded to the picture with a simple message: “Van Persie.”

The former Netherlands national team striker saw the picture and had to post his own message.

“Good luck this season son,” Van Persie wrote on his Twitter, followed by a few emojis.