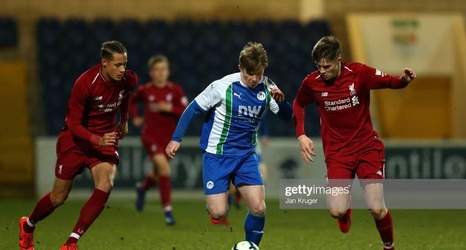 Wigan Athletic are hoping that bids better than the one from Leeds United come in for Joe Gelhardt next week, according to Leeds Live.

According to BBC Sport, Leeds and Wigan are in talks over a £1 million deal for Gelhardt.

The Latics have gone into administration, and they need to sell players in order to pay the wages of the players.

Leeds Live has claimed that the Wigan administrations hope to have more clubs from the Premier League bid for the 18-year-old forward.

According to WhoScored, Gelhardt made two starts and 16 substitute appearances in the Championship for Wigan this past season.