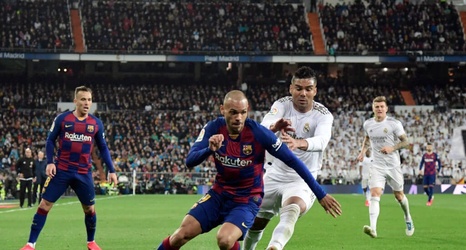 According to Sport, West Ham United are still interested in Barcelona striker Martin Braithwaite, but the club won’t sell him below the £16 million they paid Leganes for his signature in February.

The Denmark international was signed on an emergency basis after the January transfer window closed, with long-term injuries to Luis Suarez and Ousmane Dembele allowing Barcelona the chance to make the move.

Nevertheless, Braithwaite’s agents were already looking at the possible options for a summer move prior to the coronavirus pandemic, as the Spanish club signed him because of his versatility and good sell-on value should they choose to move him on in the future.