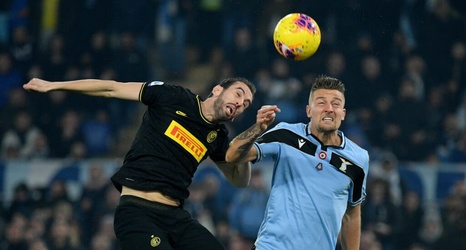 Tottenham Hotspur have joined the race to sign Inter Milan defender Diego Godin in the summer transfer window, according to reports from The Mirror.

Jose Mourinho tried to sign Godin when he was in charge of Manchester United, but the 34-year-old snubbed an offer to join him at Old Trafford.

The Spurs boss is looking to make another attempt to sign the veteran defender, but Tottenham are expected to face strong competition from Premier League rivals Manchester United.

Godin joined the Serie A giants from Atletico Madrid last summer on a free transfer but he could be available again at the end of the season.