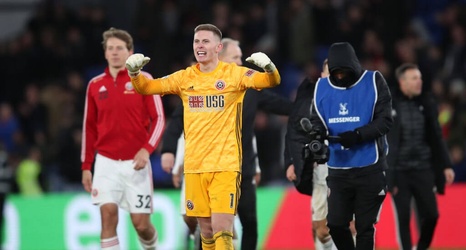 The 22-year-old, who joined the Blades on loan from United, has been simply superb, and it has a created a dilemma for the Red Devils.

According to reports from The Telegraph, heavyweight clubs including Chelsea and Paris Saint-Germain are watching the 22-year-old’s development with close interest.

Dean Henderson and David de Gea have each made 65 saves in the Premier League this season, though De Gea has conceded nine more goals

Would United be making a mistake to sell Henderson in the summer?