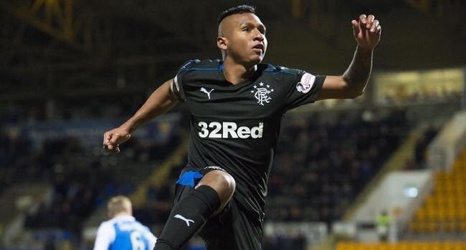 According to French outlet le10sport, Ligue 1 side Saint-Etienne are keen on Rangers striker Alfredo Morelos and could attempt to make a move for him in January. The 10-time league winners are looking to boost their attacking ranks in order to also qualify for Europe at the end this term after finishing fourth last season. Saint-Etienne have sent scouts to run the rule over the Rangers star in the Europa League and will continue to do so in the coming months. Morelos has been one of the Gers best players this term, scoring eight Scottish Premiership goals in 11 appearances and 10 in the Europa League (including qualifiers).