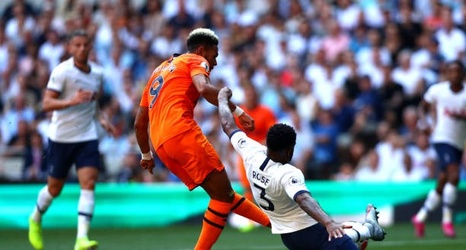 According to The Athletic, Newcastle United players have commented that Joelinton’s body language has visibly improved since he opened his account against Tottenham Hotspur last month.

The Magpies splashed £40 million on the Brazilian striker during the summer transfer window, making him their club-record signing as a result.

Replacing Salomon Rondon as Newcastle’s top man wasn’t going to be easy, and that he drew blank against Arsenal and Norwich City didn’t help either.

However, Joelinton displayed great composure to put the ball past Spurs goalkeeper Hugo Lloris, and he certainly won some fans over after helping Steve Bruce side secure their first win and points of the season.