Report: Manchester United manager Ole Gunnar Solskjaer has told his players he will be sacked if they lose to Tottenham Hotspur and Manchester City 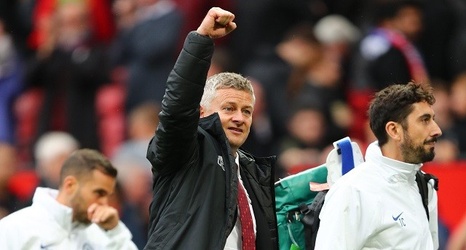 According to The Sun, Manchester United manager Ole Gunnar Solskjaer is afraid his future could be determined in the coming days, and he has told his players he will be axed if they lose against Tottenham Hotspur and Manchester City. Jose Mourinho’s Spurs visit Old Trafford on Wednesday, while the first Manchester derby of the season will go down at the Etihad Stadium on Saturday. While they are ninth in the Premier League table, the Red Devils are only six points above the relegation zone, and defeats at the hands of Tottenham and City could be fatal.