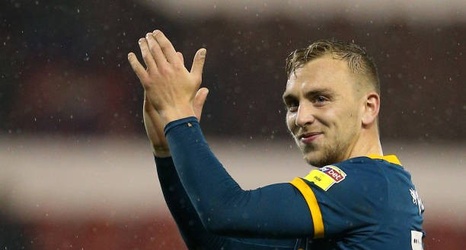 According to Roshane Thomas of The Athletic, Hull City are concerned that West Ham’s deal for Jarrod Bowen ‘might stall’.

Earlier today, the Athletic journalist, David Ornstein claimed that the Hammers have agreed a £22 million deal to sign the Hull City forward.

Bowen has been in terrific form for the Tigers this season, scoring 16 goals and providing seven assists in 29 Championship games this season.

Crystal Palace were reportedly keen to sign him, but Bowen wanted a move to the Hammers.

However, the latest reports suggest that the two parties are a fair bit apart on wages.