Report: Fraser Forster’s upturn in form at Celtic has raised the prospect of an England recall 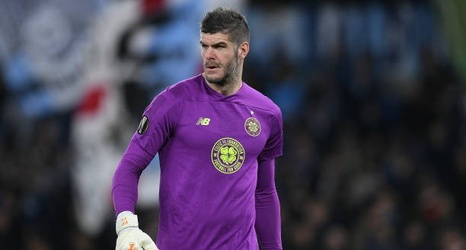 Boss Neil Lennon re-signed the 31-year-old after Scott Bain sustained a hand injury during their Champions League qualifier against CFR Cluj, and the Englishman, who won three Scottish top-flight titles with the Hoops during his four-season first stint, has become a huge hit with the fans once again after helping Celtic to the top of the league, a place in the Scottish League Cup final and a last-32 berth in the Europa League.

Forster slipped to third-choice goalie at St Mary’s, finding himself behind Angus Gunn and Alex McCarthy in the pecking order, and has played just once for Southampton since December 2017.