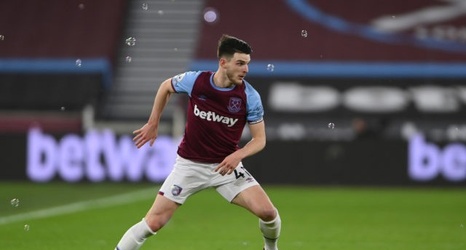 According to The Athletic, the desire of newly-sacked Chelsea manager Frank Lampard to re-sign West Ham United midfielder Declan Rice annoyed his bosses.

The Blues legend has been shown the exit door at Stamford Bridge following a poor run that has seen the side slip to ninth in the Premier League table, 11 points behind leaders Manchester United after 19 games.

Chelsea spent in excess of £200 million during the summer transfer window, but Lampard wanted Rice too and pushed for him again ahead of the January transfer window.