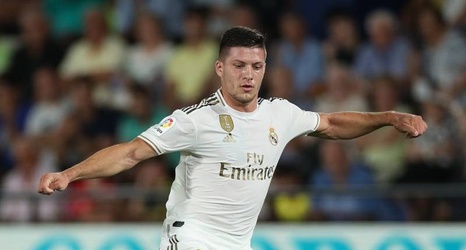 Luka Jovic has said he is "ready to answer the biggest demands" at Real Madrid following a difficult start to his debut season at the Santiago Bernabeu.

The 21-year-old signed for Real for £57.7 million in June after a fine 2018-19 campaign with Eintracht Frankfurt in which he netted 17 Bundesliga goals.

He picked up an injury in pre-season, though, meaning his preparations for the 2019-20 campaign were hampered, and he could only appear from the bench in Real's opening La Liga games against Celta Vigo and Real Valladolid.

Jovic started on Sunday against Villarreal, though, and played a key role in the first of Gareth Bale's two goals:

Jovic not that involved but produced a great flick in buildup to first goal.