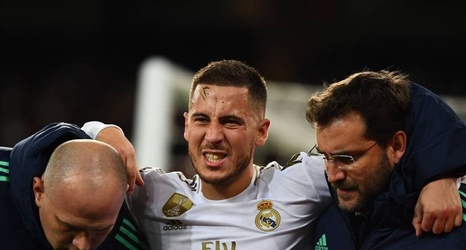 Real Madrid have confirmed that Eden Hazard has fractured a bone in his ankle and is set to miss the upcoming Clasico showdown with Barcelona.

The club published a medical report on Hazard on Thursday, with the injury he suffered in the clash with Paris Saint-Germain in the UEFA Champions League confirmed to be worse than first thought.

First scans and second scans: a small fracture in the ankle.