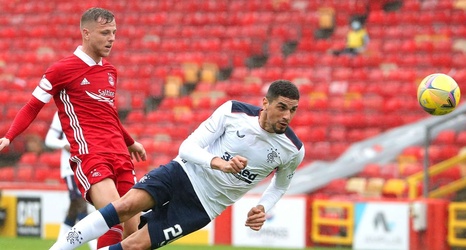 Rangers manager has revealed Leon Balogun will not be available for their Scottish Premiership game against Livingston on Sunday.

The 32-year-old centre-back was forced off in their victory over St. Johnstone on Wednesday after he suffered an injury.

The Nigeria international was subsequently replaced by Filip Helander in the encounter as the Gers secured their third consecutive league triumph.

Gerrard, who has been impressed with the performances of the defender since joining the side, explained the Super Eagles star will not feature against Callum Davidson’s men.

“Leon Balogun won't be available for the weekend, he has a small quad problem and we are waiting on results from a scan,” Gerrard said in a pre-match press conference.