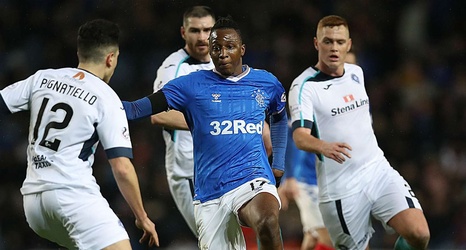 Rangers manager Steven Gerrard has revealed Joe Aribo was omitted from their 0-0 draw with Livingston in Sunday’s Scottish Premiership game due to injury.

The midfielder suffered a knock during one of their training sessions ahead of the game and did not recover in time to feature for the Gers at Ibrox Stadium.

Aribo has played a key role in his side’s opening three games against Aberdeen, St. Mirren and St. Johnstone, helping them clinch victories in the encounters.

Gerrard is, however, hoping to welcome the Nigeria international back to his squad when they face Kilmarnock in their next league game.