Raining Goals on Thailand Wasn’t an Accident. It Was the U.S. Game Plan. 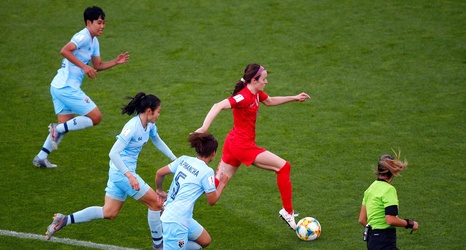 REIMS, France — Jill Ellis, the coach of the United States women’s soccer team, kept repeating the word “feeling” over and over again late last night at the Stade Auguste-Delaune as she tried to process the meaning of her team’s 13-0 win over Thailand.

The win was important. The goal total was important, too. But at this stage of the tournament, for a team like the United States whose only ambition here is to win the whole thing, the cultivation of rhythm, confidence and general good vibes might be the most important thing of all.