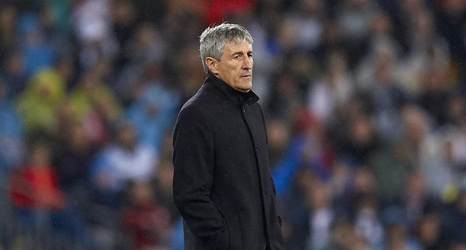 Let me say this right off the bat: I love Quique Setién and I believe in him. His work at Las Palmas was sublime and he was great for 18 months at Real Betis. With better players more suited to his and Barcelona’s philosophy, he will be successful if given the chance next season.

This doesn’t stop me from criticizing him right now. Quique Setién’s first giant week in charge of Barça, with a Champions League road game and El Clásico with a chance to end Real Madrid’s season, finished with no wins and a lot of tactical and decision-making errors from a man known for his tactics and smart decisions.