Pumas leave it late but grab win away to Necaxa 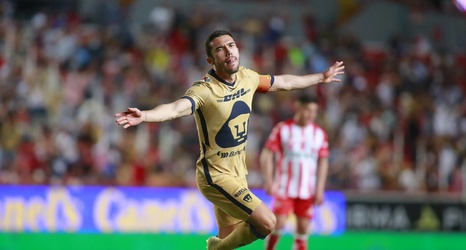 Pumas got a key victory, defeating Necaxa by a score of 1-0. Pumas now moves temporarily into the repechaje zone after a late goal gave them the away win. It wasn’t the greatest win and Necaxa had been slightly better throughout the match, but neither team had shown a great level of play. Pumas now will return home to face a tough matchup against Tigres, while Necaxa stays at home where they hope to salvage the season against Queretaro.

The first half started with Pumas making perhaps a surprising move, including Sebastian Saucedo in the starting lineup for the first time this season after he scored on Sunday against Pachuca.