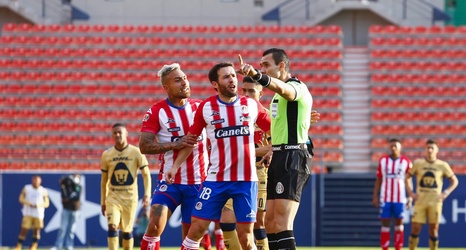 The first half started with Pumas going out with Luis Quintana and Jesus Rivas taking the place of Johan Vasquez and Alan Mozo, who are playing in the U23 CONCACAF Championship in Guadalajara.