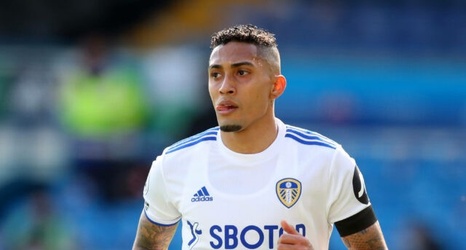 Popular football journalist and well-connected with Leeds United, Phil Hay, has claimed that there has been no concrete interest in Raphinha.

Raphinha joined Leeds in the summer transfer window from Rennes for a fee of £17m. The Brazilian has been simply superb for the Whites and has enjoyed an impressive first season at Elland Road.

The 24-year-old has managed six goals and six assists in the Premier League this season, and his impressive form has caught the attention of several top clubs including Liverpool.

Back in February, popular journalist, Gianluigi Longari claimed that the Reds are interested in signing the skilful winger.