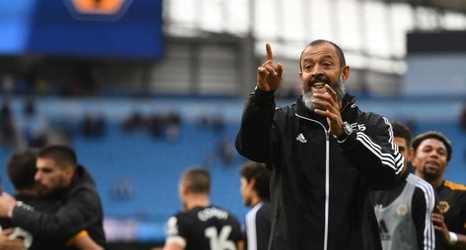 Manchester City were left stunned by Sunday's 2-0 defeat to Wolves, but perhaps football fans shouldn't be too surprised by the end result at the Etihad Stadium, given Pep Guardiola's poor record against Nuno Espirito Santo.

City dominated possession throughout the game but were left shellshocked by two brilliant sweeping counter-attacks by Wolves, both cooly finished off by Adama Traore, to give the away side a well-deserved three points.

Guardiola rarely gets his tactics wrong and his back-to-back league title successes in Manchester demonstrates the pedigree of the manager, but Opta published an interesting statistic which shows that Sunday's result was not an anomaly for the former Barcelona boss when pitted against Santo.