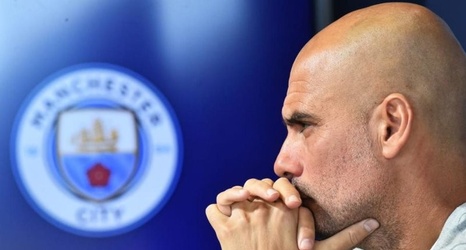 Manchester City manager Pep Guardiola says his entire team are responsible for their defensive performance in the Champions League game against Atalanta on Tuesday.

Despite the club’s issues at the back this season, Guardiola claims that the key to conceding fewer goals is down to the performance of all 11 players, rather than just the back four.

Centre-backs John Stones and Nicolas Otamendi are set to play in the Champions League fixture on Tuesday night amid injury concerns.

However, the Spaniard told Sky Sports that Man City will need to defend from the front better than they have in recent games.