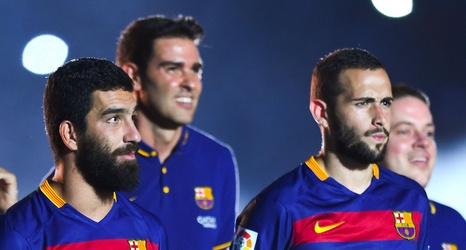 Ousmane Dembele is currently a free agent after seeing his contract at Barcelona expire at the end of June but could be about to sign a new contract at the Camp Nou.

Diario Sport are reporting that his renewal is “closer than ever” and “just a few minimal differences” separate Barcelona and Dembele from doing a deal.

If the Frenchman does finally agree to the contract renewal on offer then he will put pen to paper on a deal that runs until June 2024.

The report adds that Xavi has played a key role in the “entire process” as he reinstated him in the first-team squad, put his trust in the forward and instigated a recent meeting between both parties.