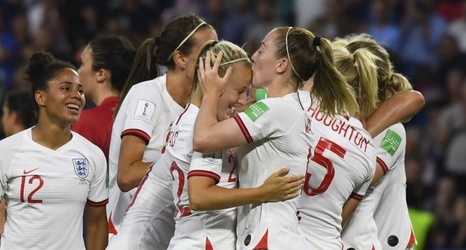 England became the first team to book their place in the Women's World Cup semi-finals, as they beat Norway 3-0 in Le Havre on Thursday night.

It took just two minutes for England to break the deadlock, as Jill Scott swept home Lucy Bronze's cross. Bronze's pull-back, after some superb play down the flanks, was missed by Ellen White but Scott was perfectly positioned behind her to convert off the post for the Three Lionesses and give them an early advantage.

2:06 - Jill Scott has scored after two minutes and six seconds for England - the fastest goal ever scored by the @Lionesses at a Women's World Cup, and the earliest scored in this edition of the tournament.